Making mobile apps is a great way to break into a programming career. Whether you're making a few dollars a day with a small project or shooting for the top of the recommended apps, getting any kind of finalized project on the market can help you gain experience and understand what people want. For developers, project managers, dreamers, and experimenters alike, the world of mobile gaming is a great place to learn how people interact with apps and have fun within a single, contained system.

Here are a few ways to make your next gaming app not only profitable with the first purchase, but a continuing stream of revenue from the same players as a community flourishes in the world you create.

The Idea Of Winning Is Subjective

What is the goal of your game? Is there a "win" situation? Some people started their gaming experience with Mario Bros, Final Fantasy, or other single-player games with defined endings. With mobile games and especially persistent online games, there is no "winning"—just progression.

The goal in games that have no defined ending is to just accomplish different goals for yourself. It isn't that you can't win anything, but you need to choose what you want to do to be victorious at what you like. It's not unlike games with obvious winning conditions; many players try the game again while setting new best times, trying different techniques, or making up their own mini-games.

Your game should enable players to work towards many different goals without giving a big flag of "you win." For roleplaying games, this means defeating the stronger, newest monsters and trying to get the lucky special item that only has a small percent chance of dropping from an enemy or being inside of a chest. For puzzle games, this means clearing your best time for a new, complex, randomly-generated puzzle at the same difficulty.

Many games have in-game cash shops that deliver different types of advantages, or purely cosmetic bonuses depending on the game culture that you want to promote.

Some games allow players to buy equipment and special items that enhance their combat prowess. Such games are generally frowned upon as "pay to win," but such cultures can be balanced with high-powered payer tournaments. Still, it's easier to have a tier of power that can't be obtained with money alone, meaning that payers have an advantage and easier time at reaching the top.

A more subtle form of cash shop assistance is selling lower level items. For fantasy/role-playing games, this means selling basic potions that stop being relevant halfway through the game's march to maximum level or maximum power, or selling equipment that allows players to reach an "endgame" tier of gameplay faster.

Cosmetic-only cash shops are a nice compromise that allows players to spend money to be unique without directly affecting gameplay. There are still ways to affect the game, such as allowing these cosmetic items to be sold for the game's currency (gold, credits, etc), which essentially becomes buying in-game gold.

There are many microtransaction cultures to choose from, but it all begins with integrating a sales system to your game and figuring out how new items interact with everything else. Contact an app development team to discuss shop integration, coding new items, and general assistance with programming games. 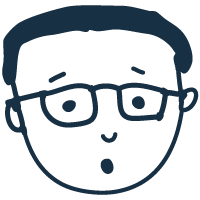 About a year ago, I could tell that there were some serious issues with the technology we were using at work. We hadn't updated our equipment in years, and it showed. We were constantly struggling with different issues, including dealing with lack of Internet access, printers that wouldn't work, and phone systems that were spotty at best. I decided that I wanted to do something to improve our technology, so I started talking with businesses that offered the kinds of equipment that we were looking for. It was amazing to see the difference, and within no time, we were really enjoying a more functional workplace.

5 Reasons Your Company Needs Broadband Installation Services
9 September 2022
As more and more businesses increasingly rely on the internet for their day-to-day operations, having a reliable and fast broadband connection is esse …

How FEA Consultants Can Help Product Makers
28 March 2022
If you have to conduct finite element analysis (FEA) when making a part, you'll get a lot of data from this analysis. It's thus a good idea to hire an …